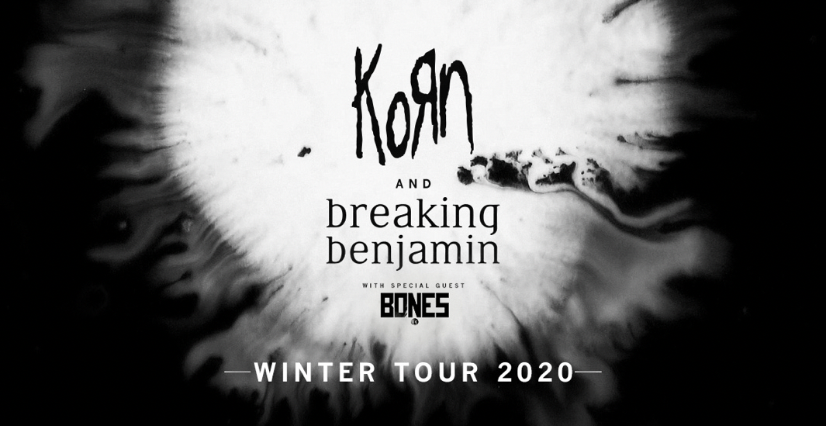 The veteran rockers also announced their new album, Aurora, will release in 2020. Aurora features reimagined versions of the band’s biggest and most popular songs with special guests including Lacey Sturm (ex-Flyleaf), Scooter Ward (Cold) and Spencer Chamberlain (Underoath), to name a few.

Speaking about Aurora, BREAKING BENJAMIN’s founder/frontman, Ben Burnley, had this personal message to share,” This album is a celebration of our incredible fans; for those who have been there since hearing ‘So Cold’ for the first time in 2004, and the new ones who have joined us on this amazing journey along the way. We’ve always shared a unique emotional connection to our music with our fans, and this album attributes to those dark times and euphoric ones. From wherever you joined along the road to Aurora, this one is for you. Thank you.”

Aurora highlights include their new track, “Far Away,” “Dear Agony,” which just celebrated it’s 10th year anniversary on September 29th, as well as “So Cold” and “Red Cold River,” both of which were #1 rock radio hits.

Aurora will release on January 24, 2020 but fans can pre-order the CD today HERE. Exclusive Aurora Pre-Order bundles are also available starting now at breakingbenjamin.com and official fanclub members will receive 20% off all Aurora pre-order packages. For more information, visit fanclub.breakingbenjamin.com.