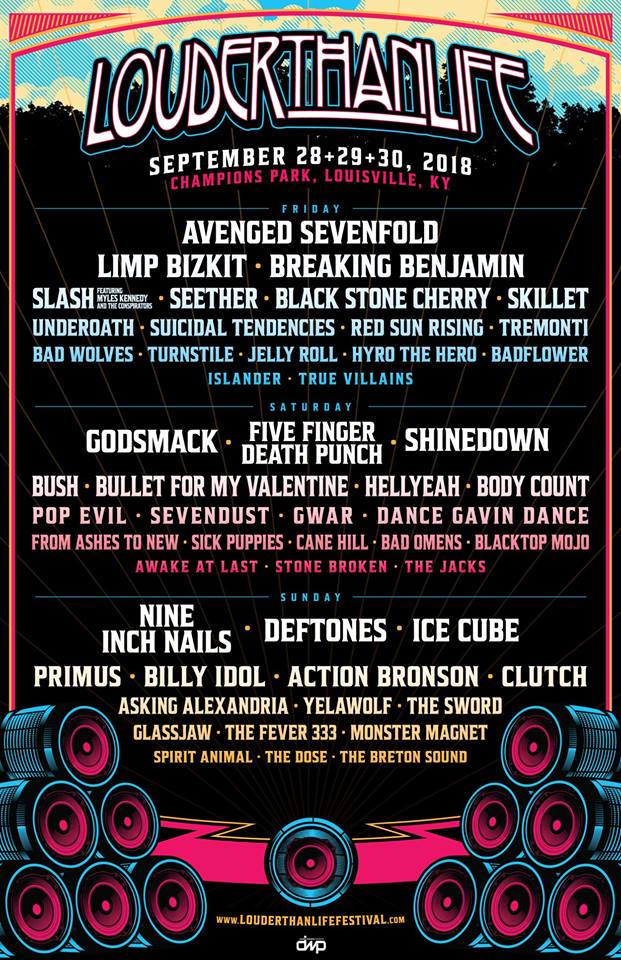 This article was originally published by Sherri ‘So Very Crawford’ for AXS.com, here

Louder Than Life returns this fall bigger than ever, as the festival expands to three days for 2018, with a lineup to match.

According to festival producers, the initial daily 2018 Louder Than Life lineup is:

“We’re excited to come back to Louisville for Louder Than Life 2018 and play songs from our new album Ember for the first time in Kentucky,” says Benjamin Burnley of Breaking Benjamin, in a statement. “We always have a good time there and look forward to what we know will be a kickass show.”

In addition to featuring three stages of live music, Louder Than Life spotlights Louisville’s unique food and bourbon culture. A variety of onsite experiences are on tap for festival attendees, including the Heavy Tiki Bar presented by Jim Beam, Bourbon World and more.

General Admission and VIP tickets, hotel packages and camping options are on sale now at LouderThanLife.com. Louder Than Life is produced by Danny Wimmer Presents, which produces numerous other festivals, including Carolina Rebellion, Rock on the Range, and others.

For more concert photos, follow us on IG: @LoudGirlMedia. And connect with multimedia journalist & photographer Sherri Crawford on Facebook.